My first day in India was a completely eye opening experience. Over my years of traveling I never have felt the way India made me feel. On that first day, driving through chaotic traffic, horns blazing, rickshaws swerving in between cars and mopeds, I felt frightened. I felt very far from home, and worried that this new country would not take care of me like the previous countries had. 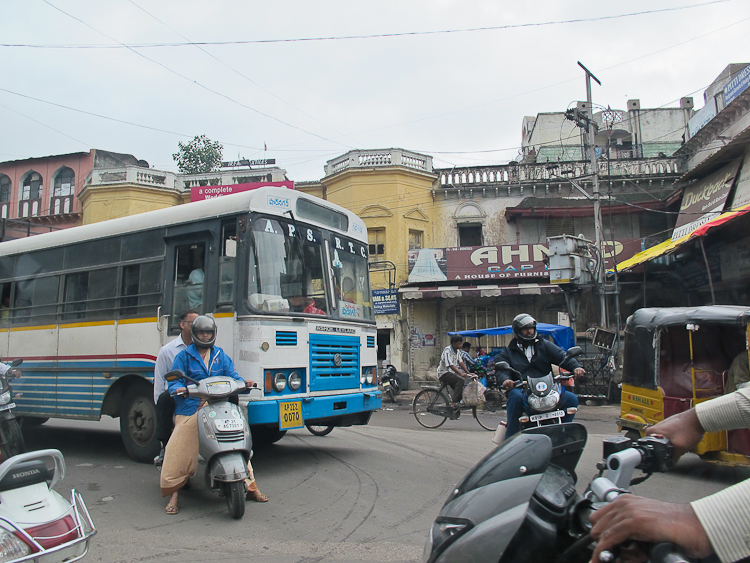 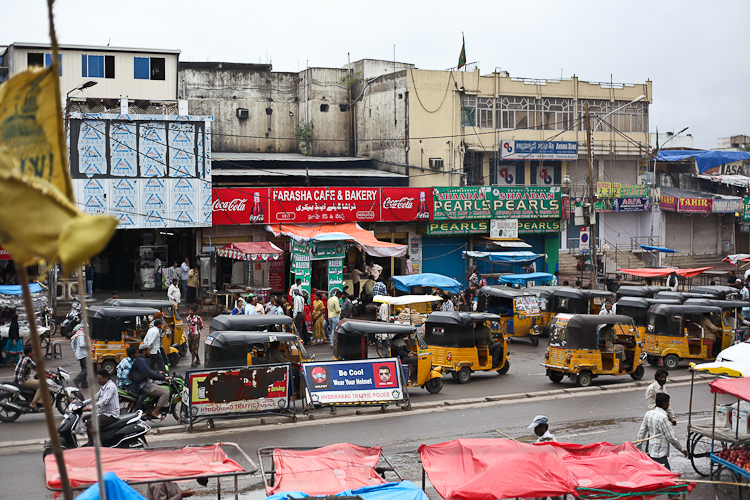 We made our way to Charminar on foot dodging cars, bikes, rickshaws, even carts carrying bamboo. I followed closely behind our guide as I could feel every eye on me. I was nervous and cautious. I felt very out of my element. 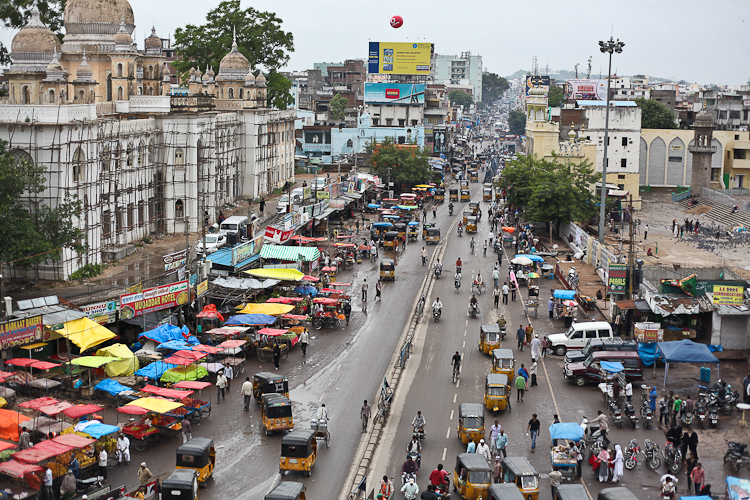 To make the anxiety worst, I couldn’t capture all that I was experiencing with my camera. India moves way too fast for a photographer who likes to absorb her surrounds by shooting every angle. I just wanted to freeze time to have a moment to capture the family of 5 on the moped, the food cart with fresh fruits, the dilapidated building with a skinny dog napping in a corner, but mental pictures are all I have. 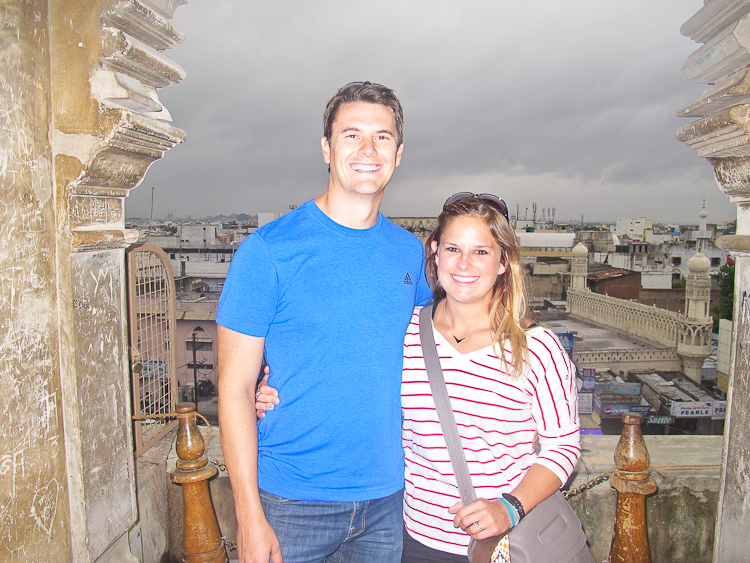 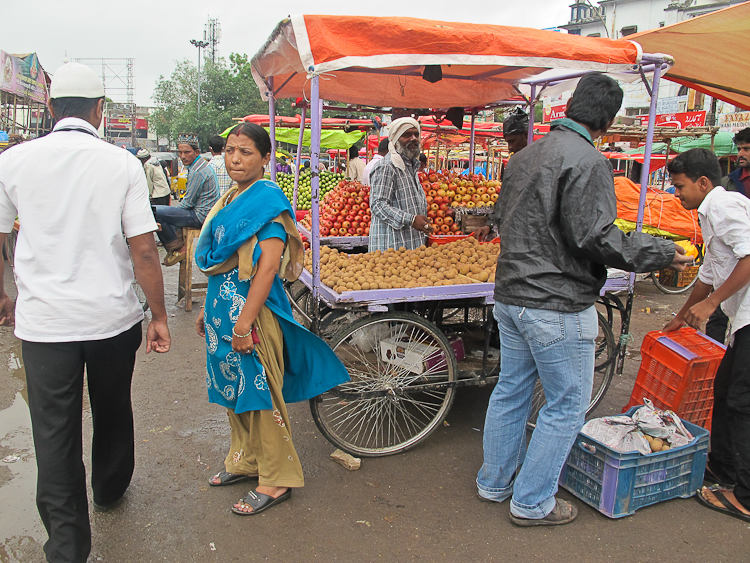 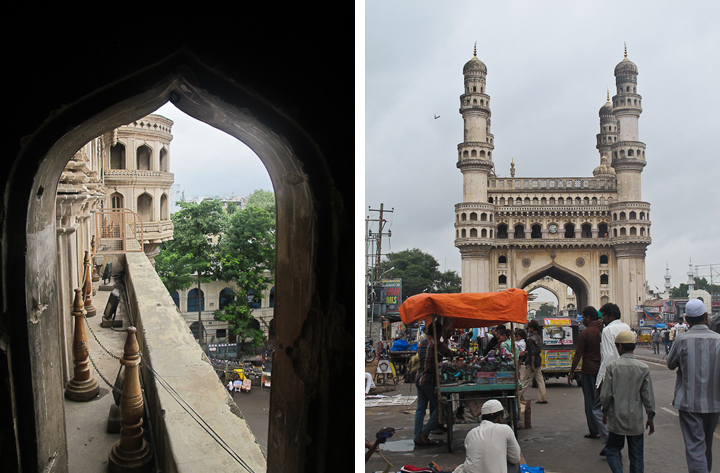 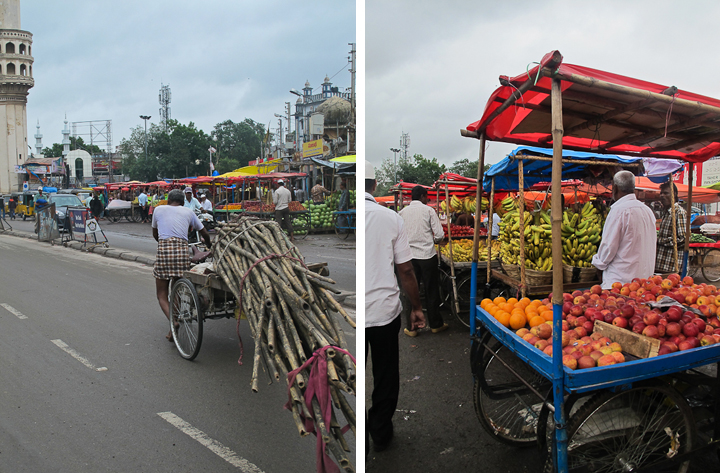 Jet lagged and insecure, I was nervous about the next two weeks. I worried that our driver and our fancy hotel was limiting a true Indian experience. I was worried that my uncertainty about India would keep me from venturing outside of the American hotel bubble. India truly made me question my bravery about travel, and all I kept thinking about was Kim’s Rickshaw Run across India. She was one third of a female group who traveled 3,000 kilometers in a rickshaw. If that’s not the epitome of bravery, I don’t know what is!

On the second day, our driver picked us up and our car merged onto the hectic streets full of commuters dressed for a rainy day in India. We made our way through the old city, as rain trickled down the window; I stared out at the photo opportunities passing me by. This area was one of my favorites in the city. It was less crowded, and felt more raw, more real. A tiny meat market proudly displayed a whole goat hanging from its leg. A home with the front exterior crumbling away looked as if it were a dollhouse for a giant. I only wish we would have had more time to explore this part of city. 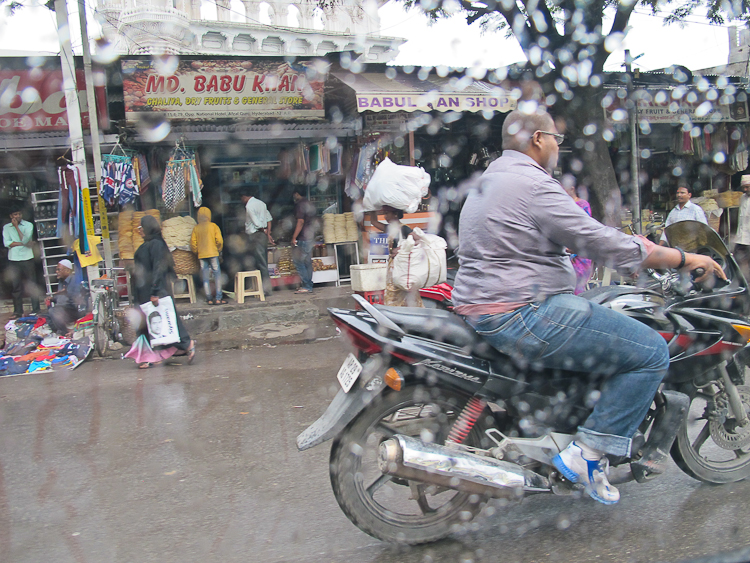 We arrived at Golkonda Fort and paid the 100 rupee entrance fee which just happens to be ten times more than Indians pay. This is common, but it’s hard to argue with since it only equates to a buck fifty. It’s still crazy to think what would happen if the MET tried to charge foreigners $250 to enter.

As soon as we were through the gate, a in tour guide began to follow us. “Tour of the fort? I give you short tour first.” He began telling us about the fort, and honestly I wasn’t listening because I wasn’t interested a tour guide. He kept following, and told us, “Stand here, give me your camera.” I reluctantly handed it to him and posed with Kevbot in front of the arched entrance. 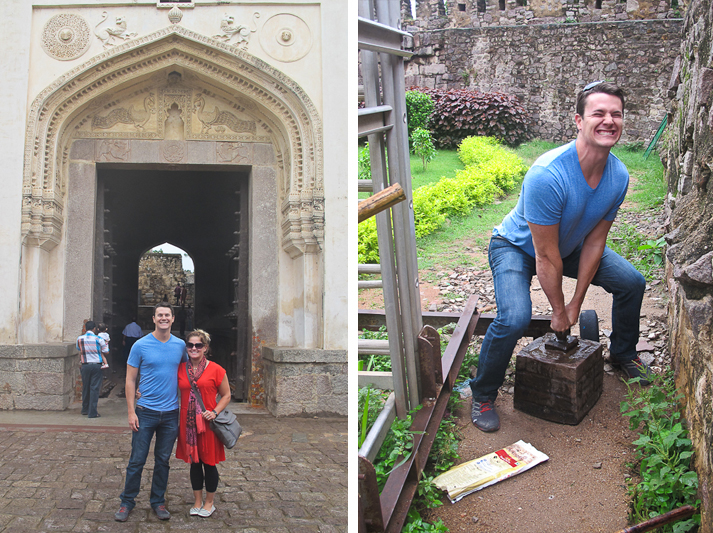 We made our way through the corridor and underneath a giant, domed stone ceiling. “Queen, stand here,” he motioned to me. He took a few steps to the center and started a hollowed clap, once…twice…and the walls seemed to vibrate around me with the sound. “Now, stand here,” and I moved a few feet away. When he repeated the claps, I listened for the echoes, but none came. I smiled in delight.

We decided to hire him for the rest of the tour, and I’m so glad we did. We truly got an insight to some of the special and hidden wonders of the fort.

That same clapping from the entrance carries a kilometer away to be heard at the highest point at the fort. No need to text message the guard about the suspicious behavior outside the walls.

Whisper with your hands cupped into the corner, and a friend in the opposite corner can hear you clear as day. Rooms with a built-in version of a tin can telephone. 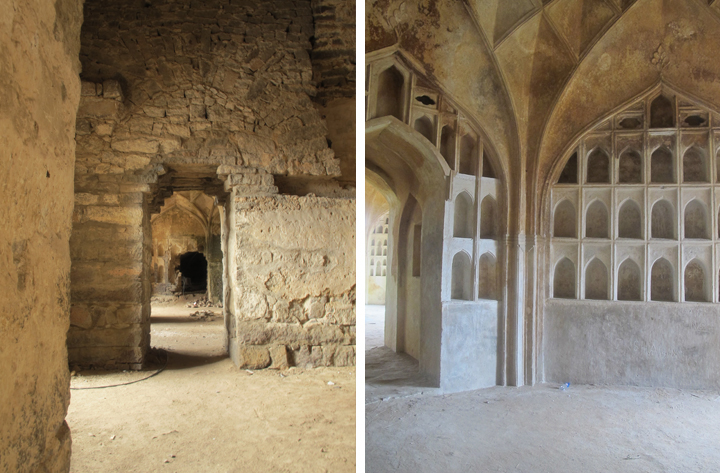 A dark and remote part of the fort that screeches with bat cries. 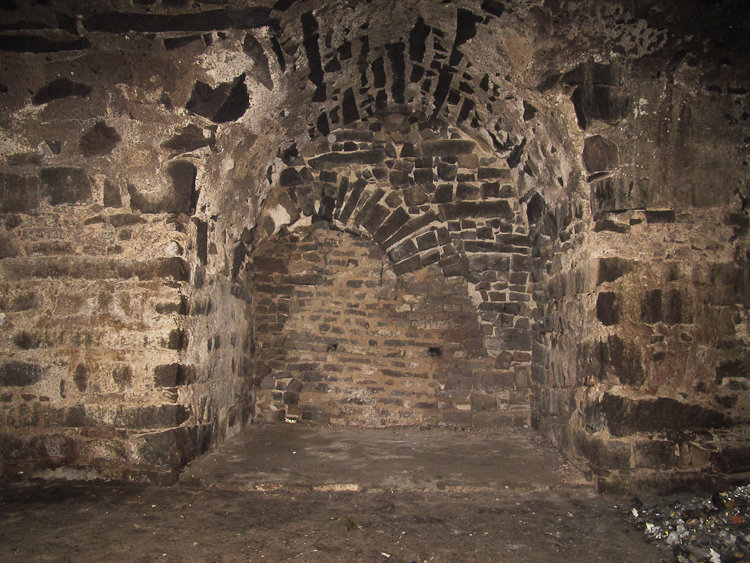 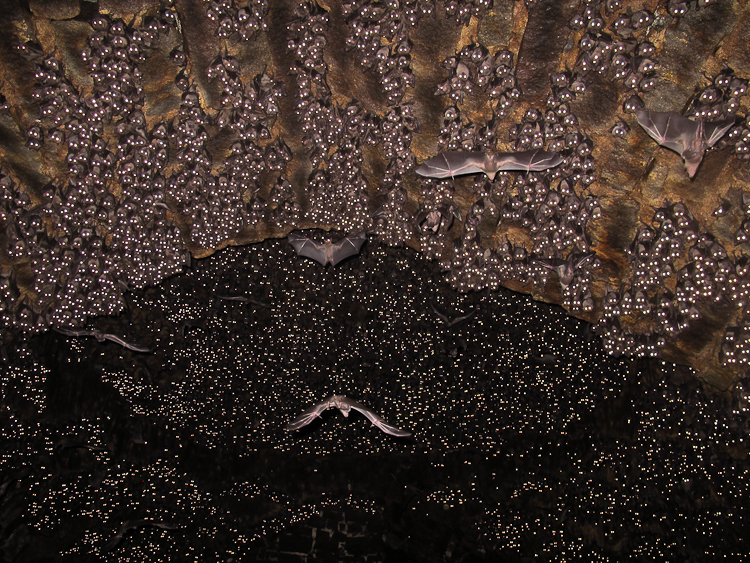 I was continuously in awe of the architectural features that allowed them to live comfortably without cell phones and electricity. By the end of the tour, I felt comfortable and happy. I slowly began to ease into India. 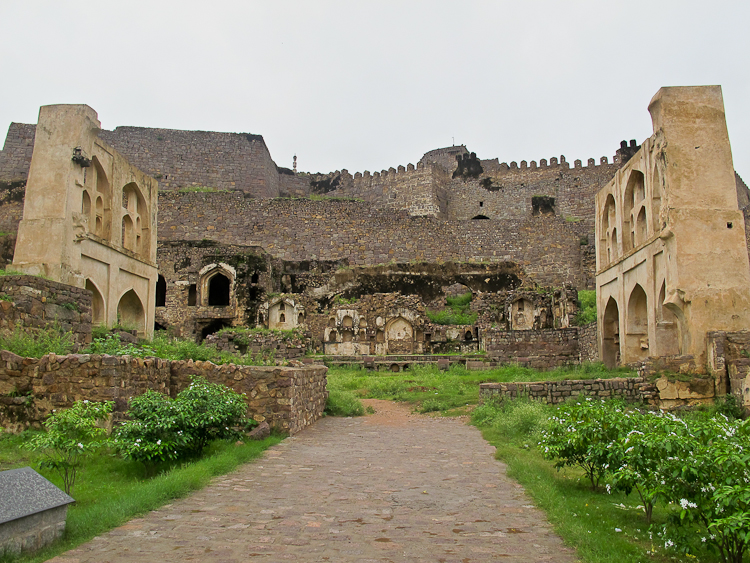 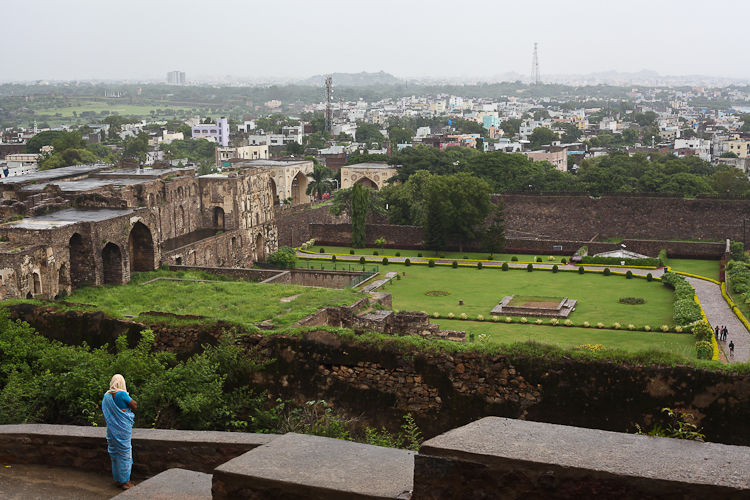 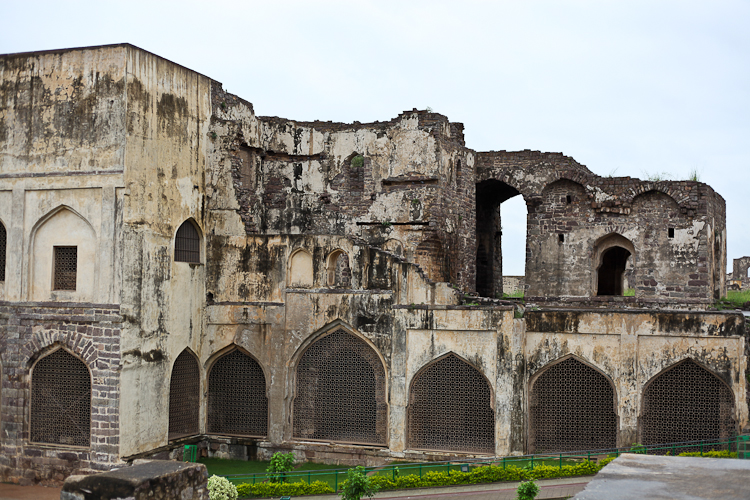 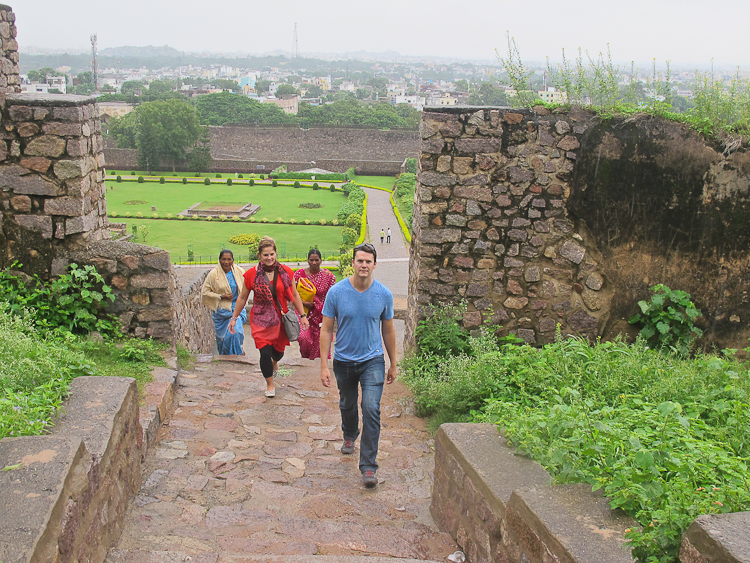