And we’ll all float on anyway

Published by K10 In Oregon, Soul Searching No Comments

Portland’s slogan is “Keep Portland Weird” and although stolen from Austin, I can forgive them for that since they really live up to it. The whole vibe there is very different. Downtown you can see business professionals and homeless teens co-mingling on the streets. I haven’t seen that much colored hair since my days at punk rock shows. Everyone marches to the beat of their own drum there.

While there Kevbot and I partook in the strangest thing I’ve ever done. A few years ago he had read an AMA about Float On, a float tank center in Portland. It’s also on his 99 Things so we had to take advantage of the opportunity.

“Basically it’s like a giant, perfect bath tub that hold about 10″ of water with 850 lbs. of Epsom Salt mixed in. This makes you float in a near zero-gravity environment while you lie in the water. The water is your skin-temperature, so you can’t feel where it’s touching you, and the tanks are completely soundproof and lightproof, meaning you’re floating in complete nothingness.”

And I gotta say it was trippy! I was pretty nervous in the first place. I wasn’t sure if I would be claustrophobic. Or I would get insanely bored. But mainly I imagined something similar to The Pipe in Tank Girl.

First your floating guide walks you back and tells you all about the tanks and procedures. The rooms are very calming and felt very spa-like. Once in the room, you strip down, take a quick rinse in the shower, and climb into the tank. The tank I had was actually so large that I could stand in it, and also had a blue light that I could switch off inside. The salt makes the bottom very slippery so I had to be very careful when I was taking photos when I should have been meditating. 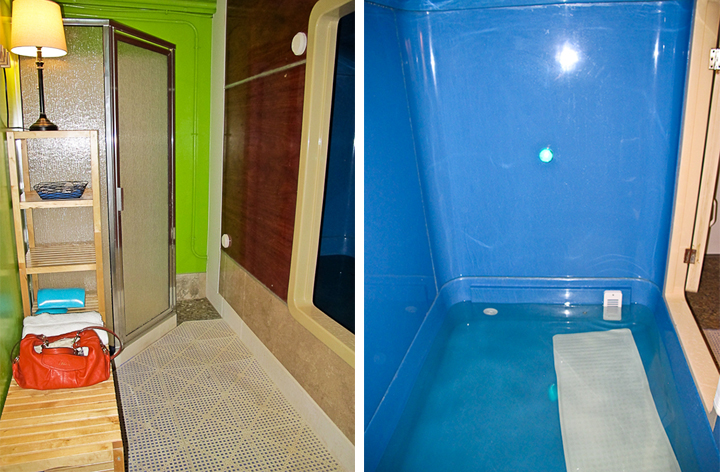 After I finally decided I had enough photos, it was time to take the plunge. I laid back carefully into the salty water and my legs bounced up to the surface. It felt like a bed of thick gel. Nervously I closed the door, switched off the light, and tried to relax as my body rocked like a boat on the tiny waves. 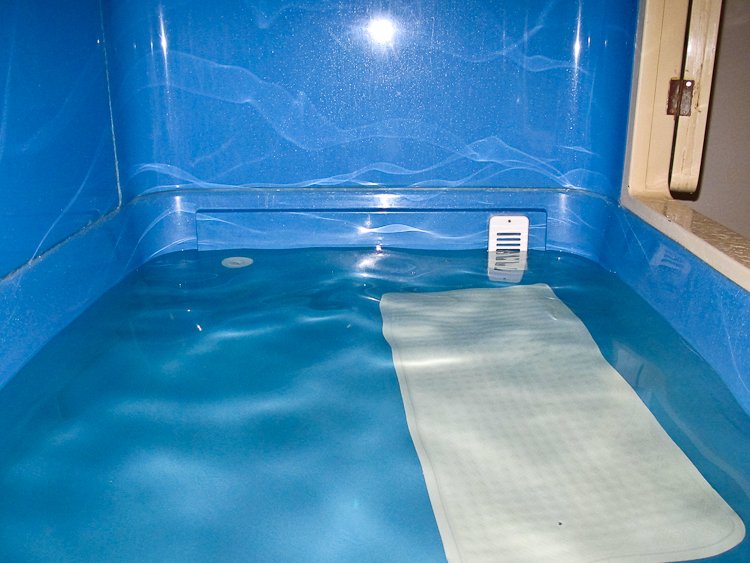 It was pitch dark. My eyes widened and strained for any hint of light. I tried to keep perfectly still. I had no spatial awareness of where my body was in the tank. I could feel motion, but couldn’t place if I was moving to the left or right. Was I creeping near the top, or would my feet graze the wall? It was a very unsettling feeling.

My mind raced the entire time. It jumped from one subject to another, unable to hold on. I was like a child catching bubbles. I would reach out to grab a thought, just then it would burst, and I would be distracted by another iridescent bubble, all the while fixated on the lost bubble.

A cat would run across my path, and then a dog would bark… where did that cat go? I had a few of these strange animal thoughts, but I’m chalking it up to the corgi meetup we had attended that morning. 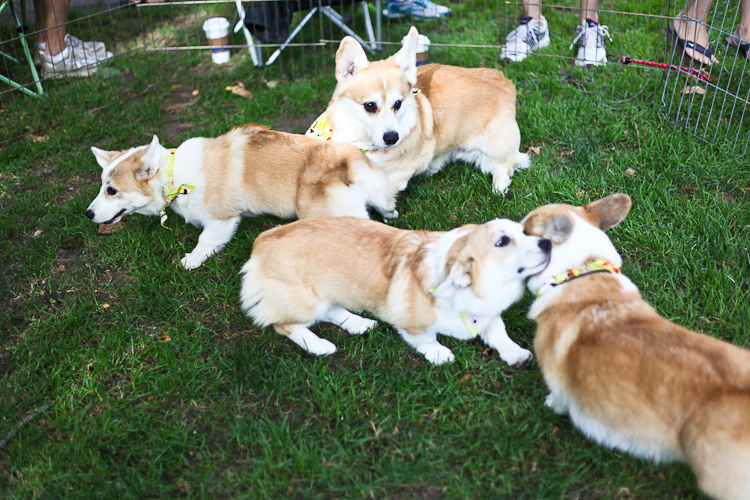 I was in the tank for a total of 90 minutes and the last 15 or 20 was about the time I started to relax. My breathing had calmed down. I had stopped imagining the Loch Ness monster pulling my under. My mind wasn’t racing as much.

And all the sudden my phone alarm accidentally went off! I jolted up and it felt like I was pulling my head out of mud. My hair was so thick with salty goo and so heavy it disoriented me. I was worried about disturbing other floaters so I jumped out of the tank as quickly as possible. The goo formed salty droplets on my bag as I fumbled for my phone. Fortunately I only had about 2 minutes left in the tank, but I would have liked a more soothing call back to reality.

After I showered and was salt free, Kevbot and I drank some calming tea in a relaxing daze. It was definitely an experience and one that I would try again. Now that I know what to expect, maybe I would relax faster and just float on. 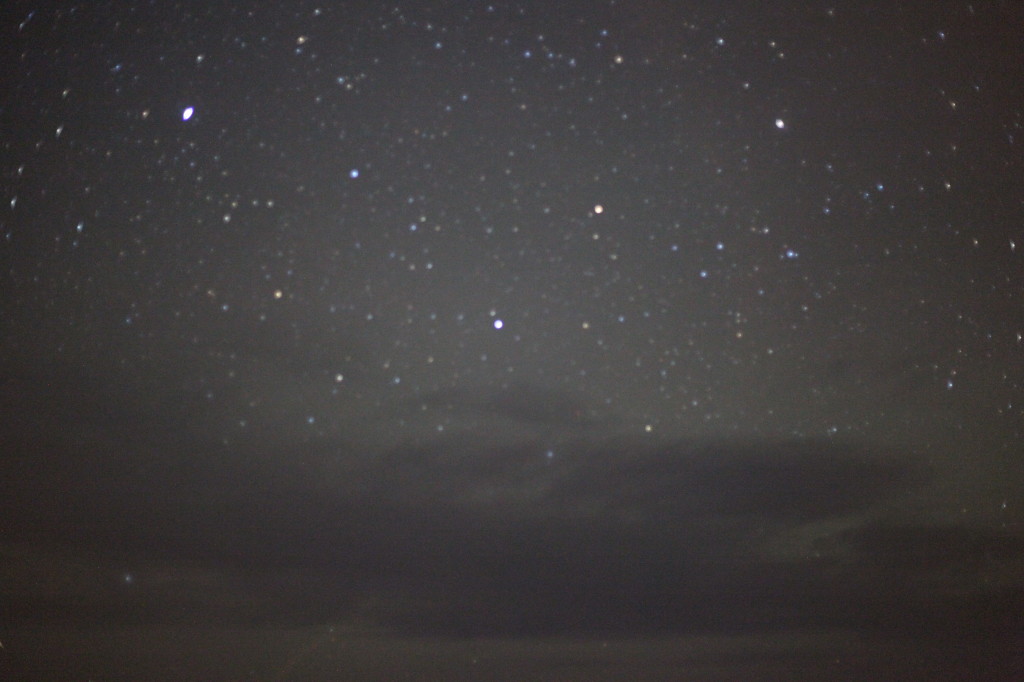 Bad news comes, don’t you worry even when it lands
Good news will work it’s way to all them plans
-Modest Mouse