Published by K10 In National Parks, On the Road No Comments

When we left Denver I was excited for multiple reasons. It felt like we were finally kicking this adventure into high gear. A week traveling from Colorado to California followed by a week in Nashville, then a week in Savannah, and finally back to San Diego to call home for 6 weeks. So much to do, so much to see. 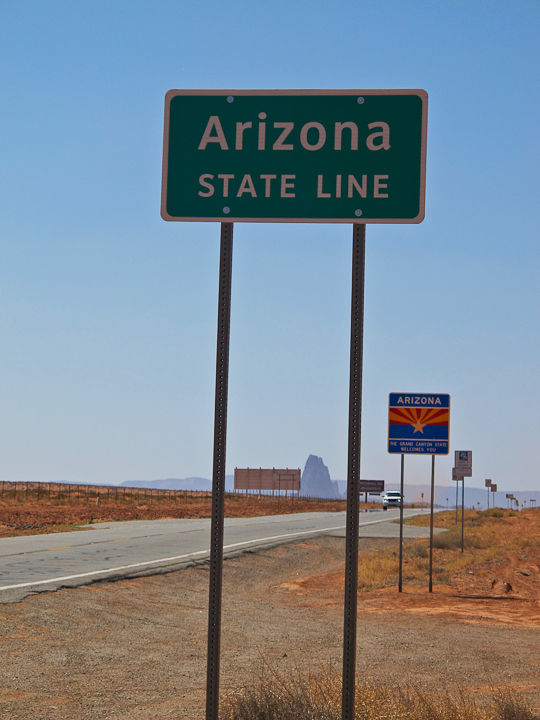 We started off in mind-blowing Moab for 2 days before making our way to another one of my 99 Things. I know, it’s crazy. I’m almost 30 and JUST saw the Grand Canyon for the first time. My excitement seemed a little delayed like I was a kid who received the last years “hot new Christmas toy” and didn’t realize everyone already had it. It was like the world was saying, “Uh yeah evvveryone has seen the Grand Canyon…” Well I was still so eager to finally see it.

As we drove into the park, my heart began to race. We were winding around the narrow two lane road with wooded trees along the edges, but I could sense the vastness. It’s the same sensation I get when I feel the ocean before I see it. The trees cleared along the right side of the rim and I could feel the void, the end of the earth, but I kept my eyes straight ahead. I didn’t want to look…not yet. I wanted my first glimpse to be as I walked towards it and to feel it swallow me. 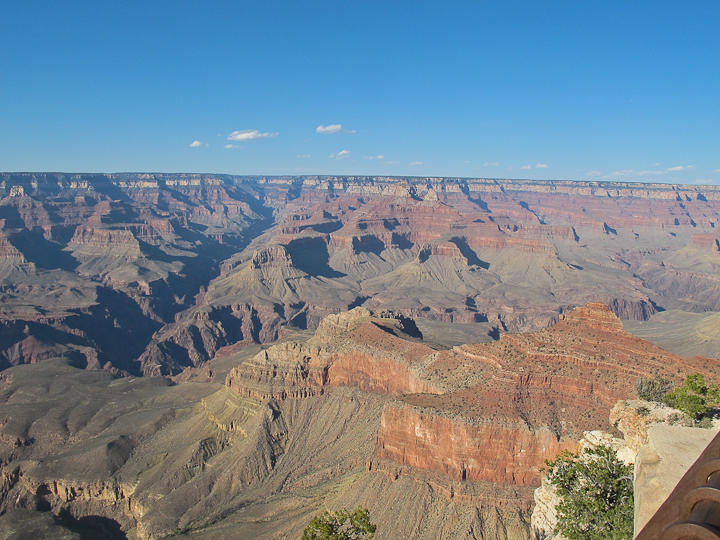 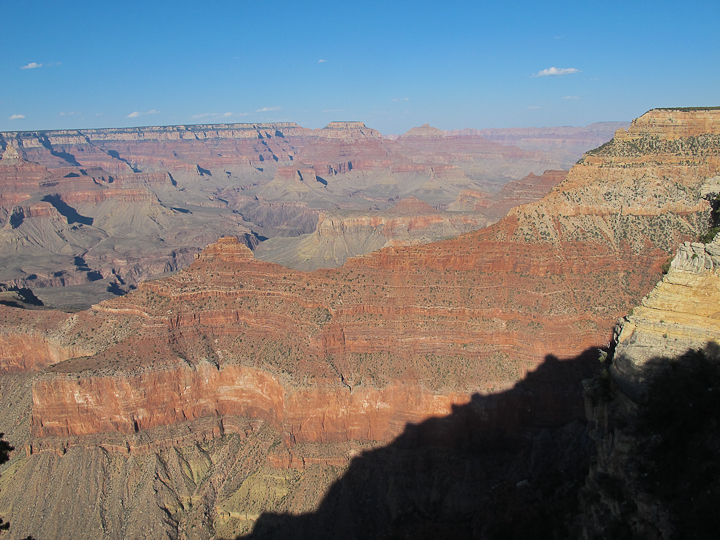 We parked at the visitors center  and like herd of cattle walking towards water we followed in line behind the other tourist. I literally have no words to describe the Grand Canyon. It’s something you have to experience. It’s larger than you can even imagine. It’s like your eyes betray you telling you it’s not real. I can’t be sure but I think it might be one of the few places that tourist stand there quietly in awe. Even in the Sisteenth Chapel people obnoxiously played on their phones or chatted among each other. It was quiet and calm and peaceful. 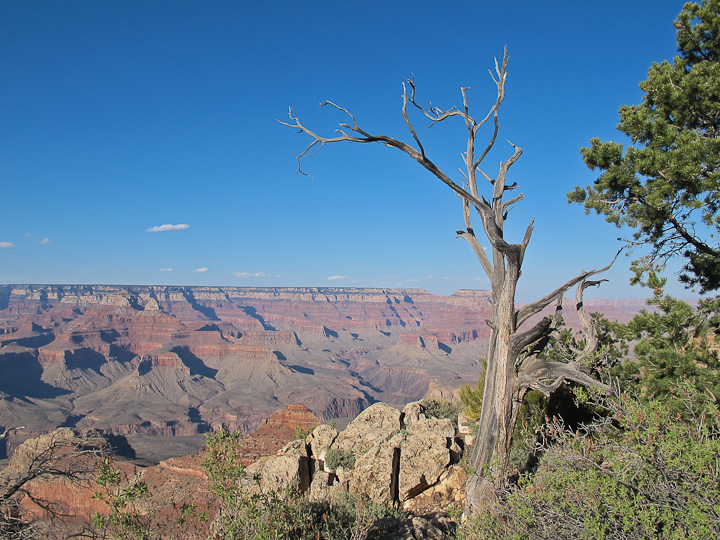 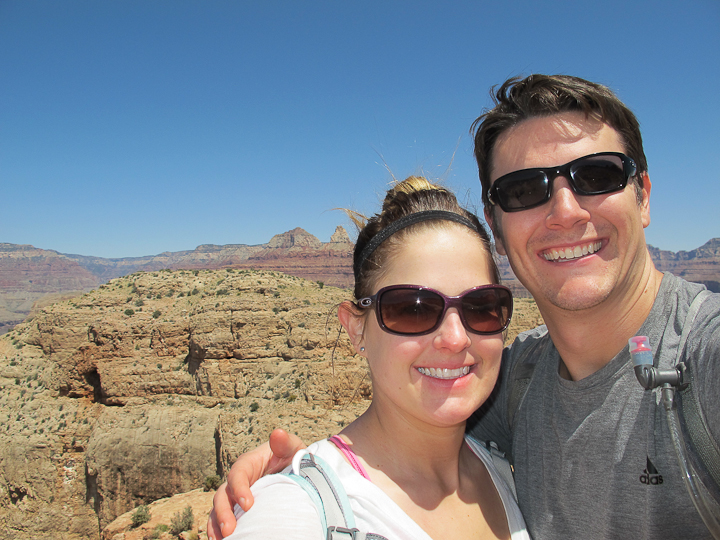 Kevbot and I had intended to hike to the bottom and camp at Phantom Ranch; however, we neglected to put in a reservation for a permit in enough time, so we settled to camp on the rim instead. Now we have three season sleeping bag, and only on the very rare occasion slept with it zipped, but the Grand Canyon at night is cold. Like insanely cold! I went to bed with 2 pairs of wool socks, 2 pairs of pants, a shirt, long sleeve, hoodie, and wool hat. Even then I zipped my bag up to my chin and cinched the hood over my eyes. Only my red, frozen nose peaked out, and I’m sure I resembled a little glow worm. 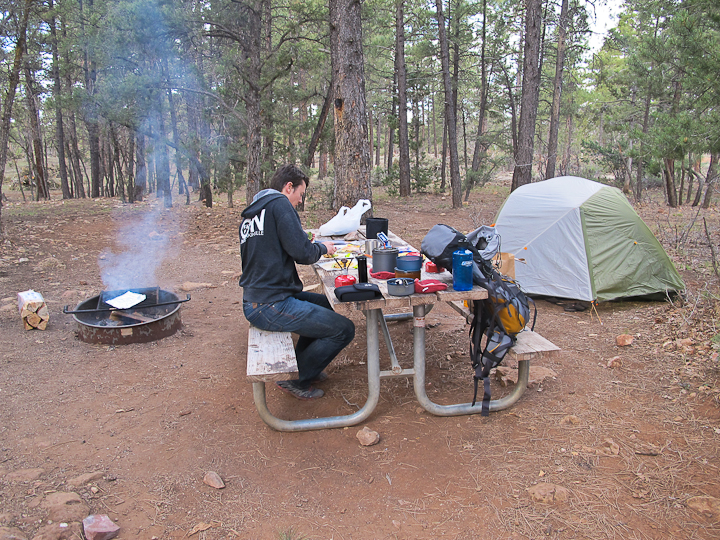 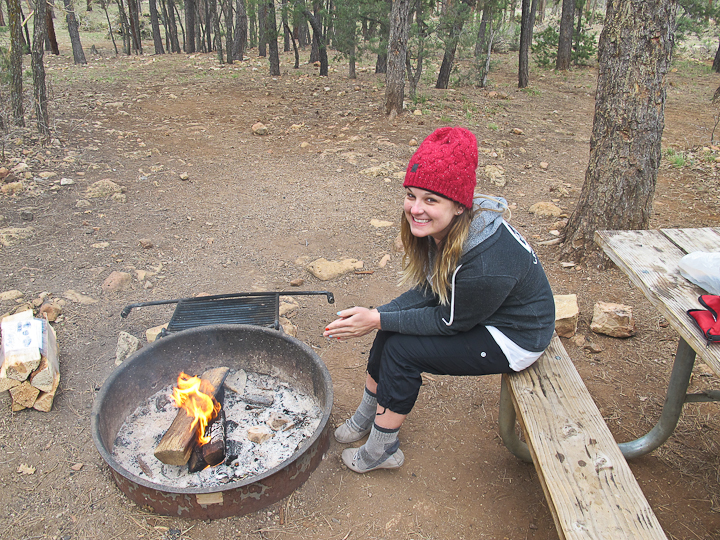 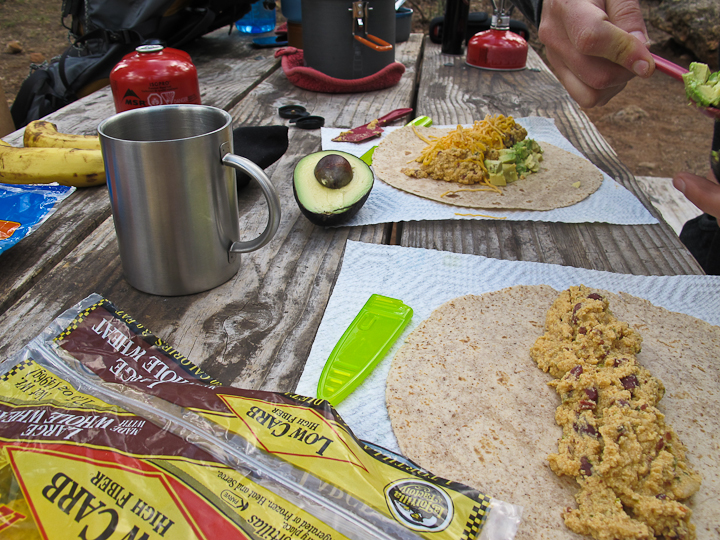 In the morning we made a tasty breakfast of egg burritos with avocado and packed our bags for the hike into the canyon. Many warnings are posted about strenuous hikes informing trekkers to take plenty of food and water (3 sandwiches according to the signs), and that down was optional, but up is mandatory. At the trail head before you start the descent, a sign describes the fate of one marathoner who underestimated the canyon and it cost her her life. We began to doubt our original, lofty goal to hike 13 miles and decided to shorten it to hiking 3 miles down to Skeleton Point and back up. 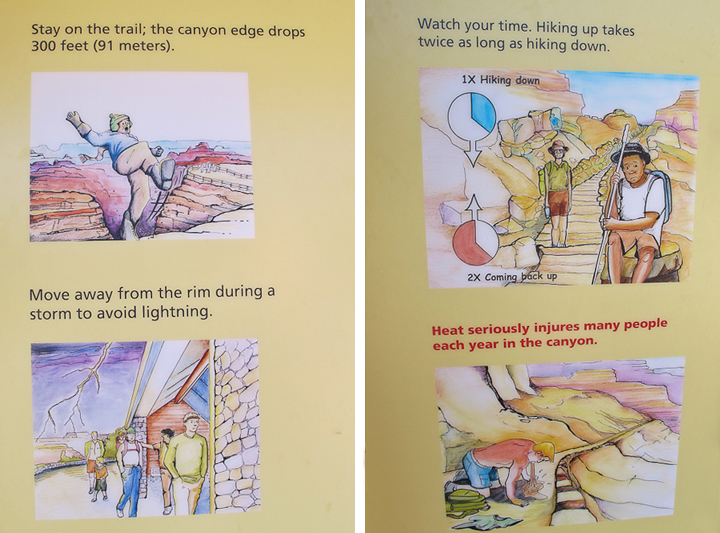 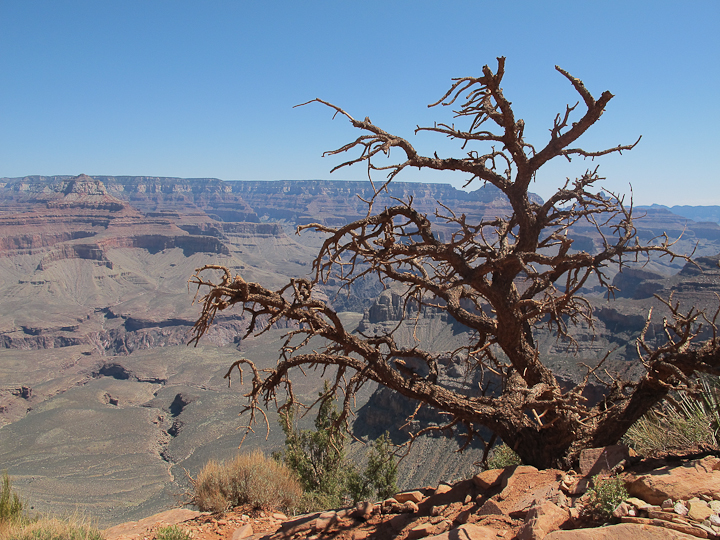 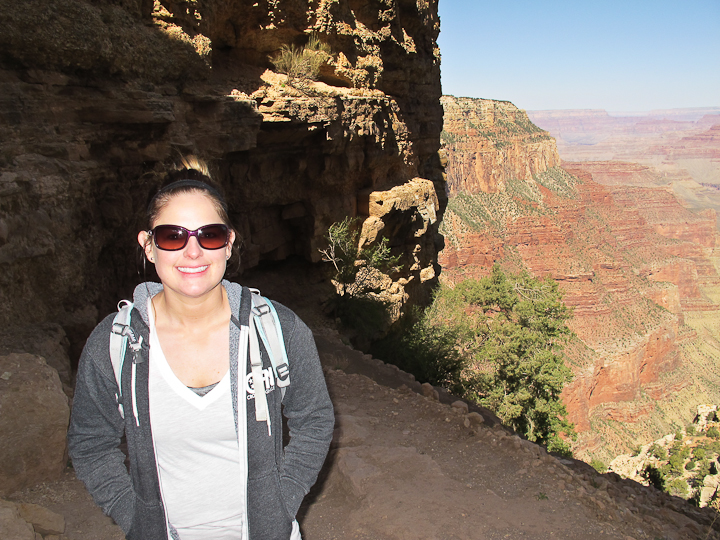 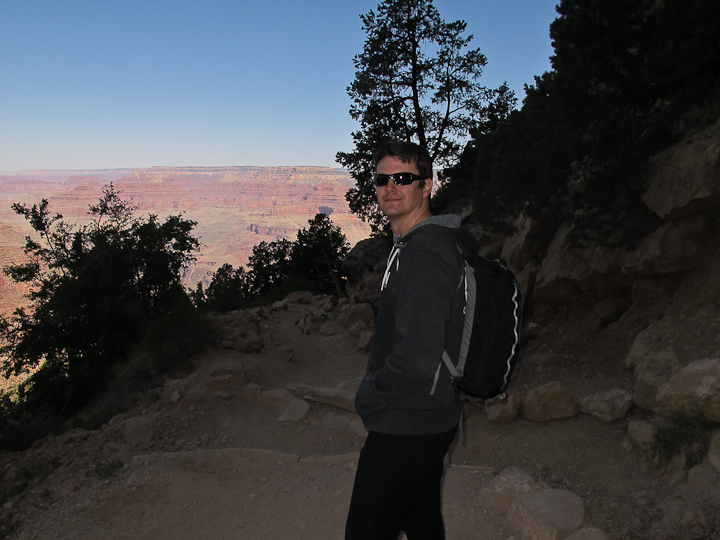 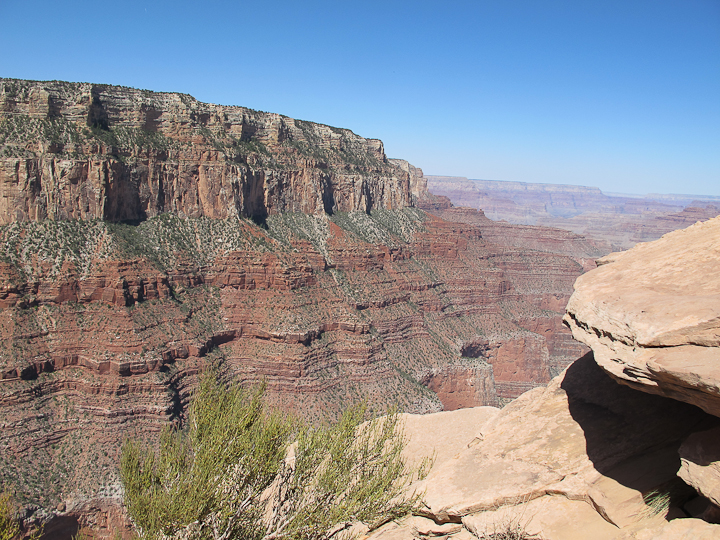 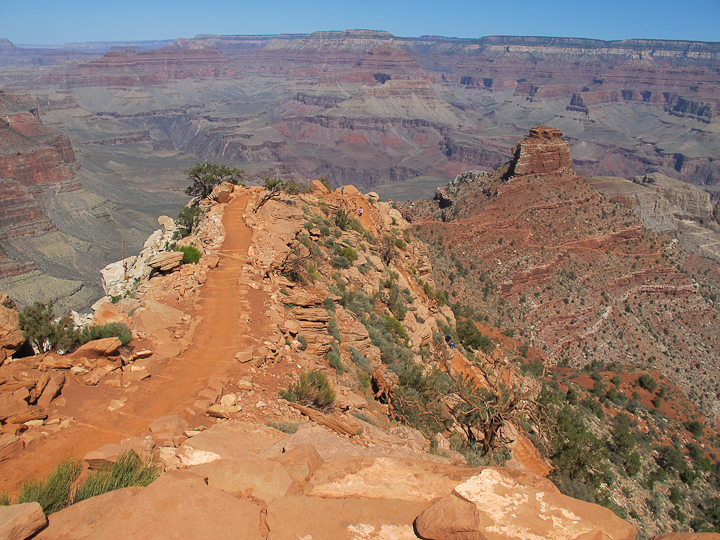 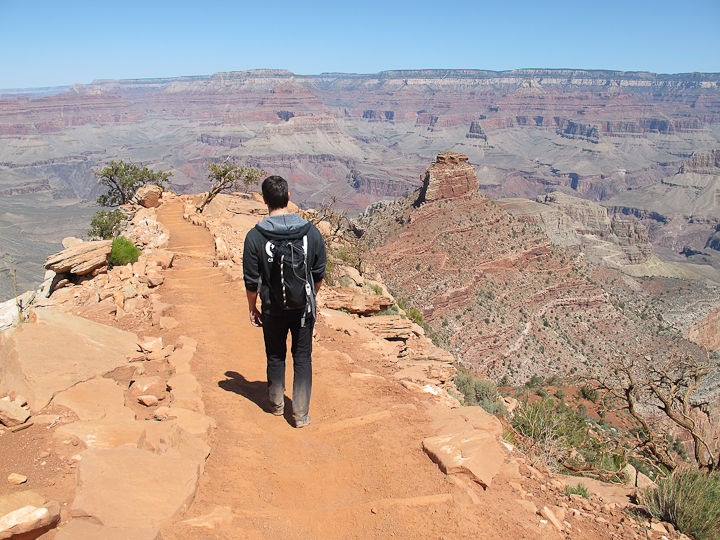 The way down was relatively easy, but I was mindful of each step on the narrow and sometimes slick path. We stopped occasionally to take photos, but kept a steady pace. We made it to Skeleton Point to eat lunch. While we stared into the canyon I listened to the French tourist and tried to pick up a few words. 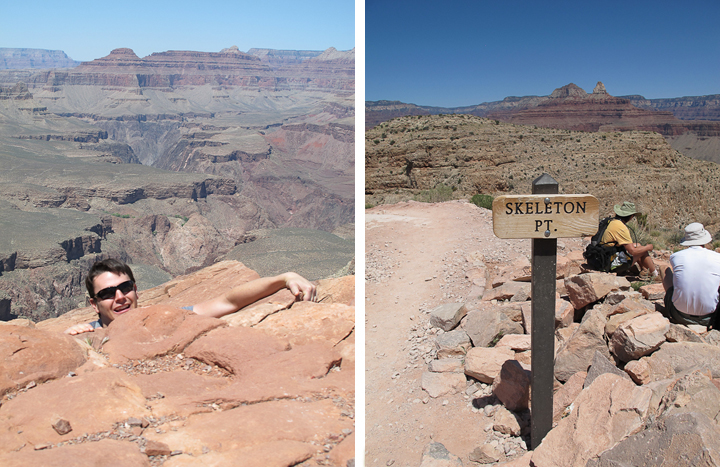 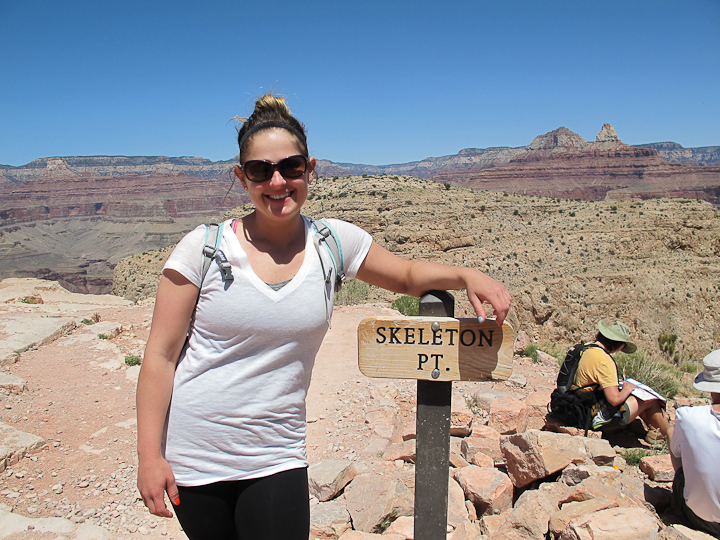 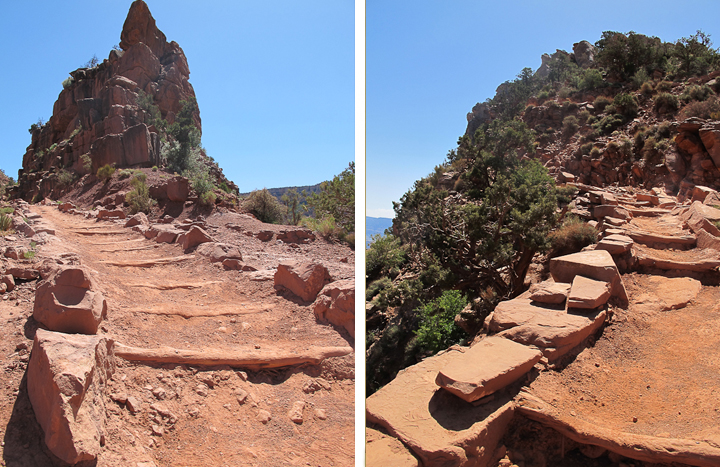 We toyed with the idea of continuing with our original plan and extend our hike, but decided against it, and set off for the hike back up. We were right on target with the 2 hour estimation for decent and going by the guide we have 4 hours to go on the way up. I’m guessing CrossFit wods are the reason I decided clock our time. 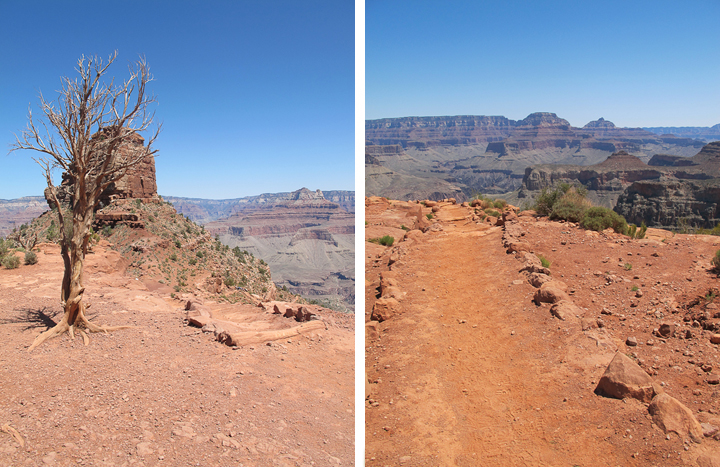 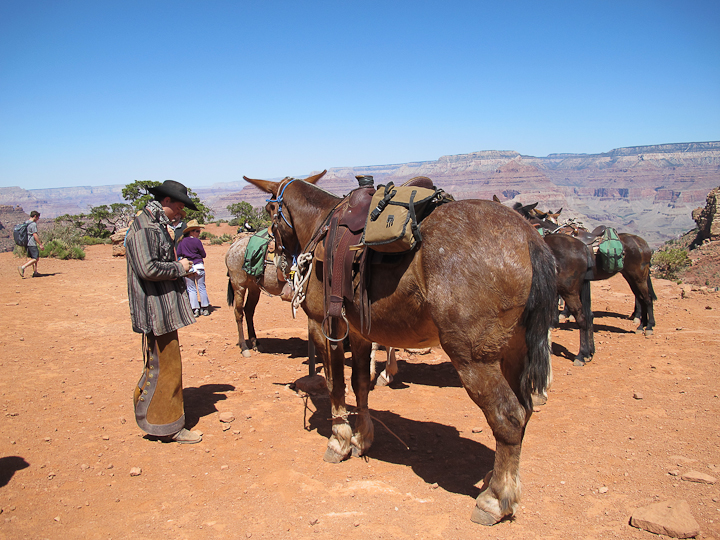 Anyways we made it to Cedar Ridge, half way up in about 40 minutes and took a little water break before beginning again. As we left the rest area, we came across three people who were holding on to another attempting to shuffle her up the mountain. This tiny girl was bundled head to toe in an overcoat with a large brim hat covering her face. We stopped to ask if she was okay, and her boyfriend responded with a hesitant “not really”. She was pale and shaky. She was draped over her friends as the clung tight to keep her from falling. Even though it was a toasty 85 degrees, she complained about being cold.

I pulled my pack off and dug out some Shot Blocks to give her. I suggested they go back to the rest point, drink water, and wait a little while longer, but they insisted to continue on. Fearing for her safety, Kevbot and I said we would run ahead and go for help. We began to haul ass up the cliff side at record pace. We had over 1000 feet of elevation ahead of us. We pushed passed other hikers, begging forgiveness and calling back that someone below was severely dehydrated. We were in the last stretch with the top in view when we came across a park ranger. We explained the situation and passed the “help torch” off as we parted ways. We slowed our pace to catch our breath as we finished the climb. We reached the top in an hour and a half, 2.5 hours quicker than the estimated time and half an hour less than it took us to go down. Thank you CrossFit! 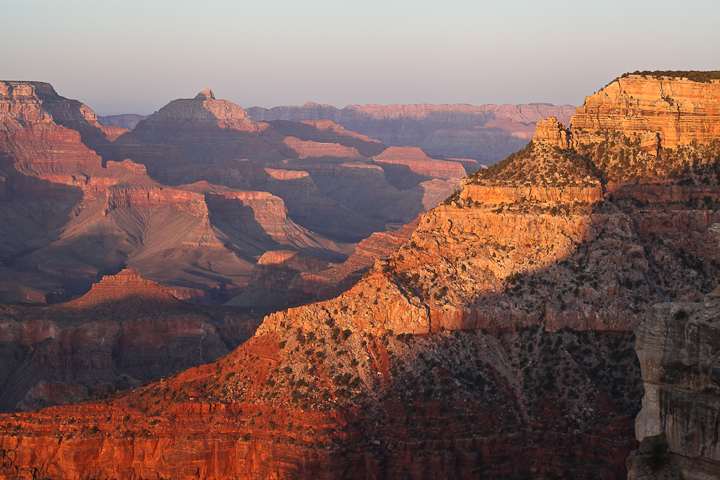 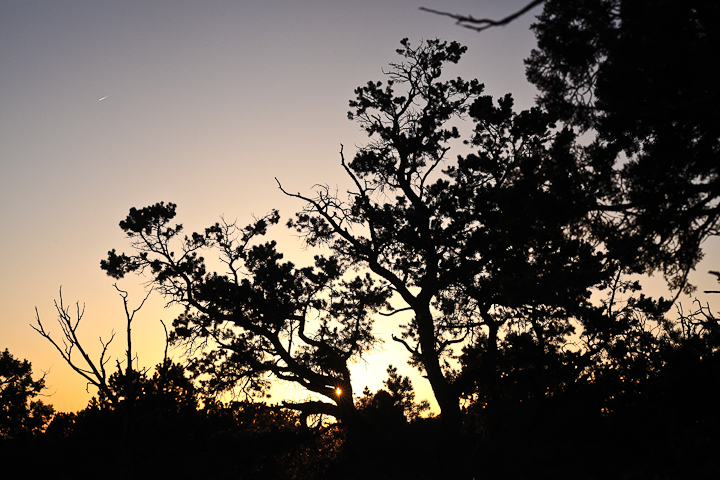 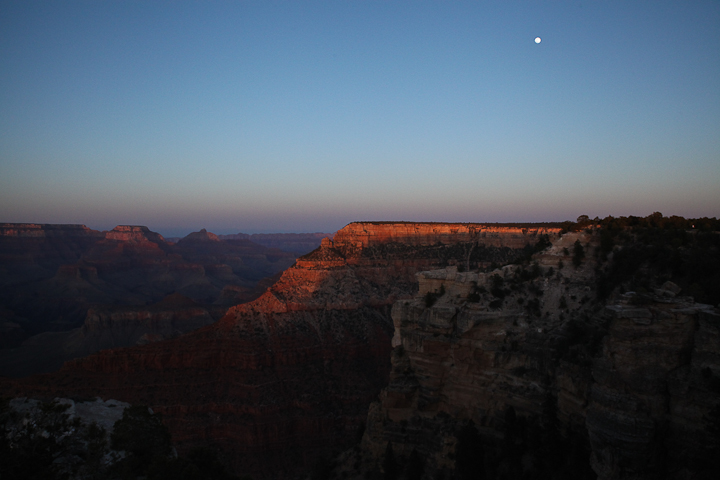 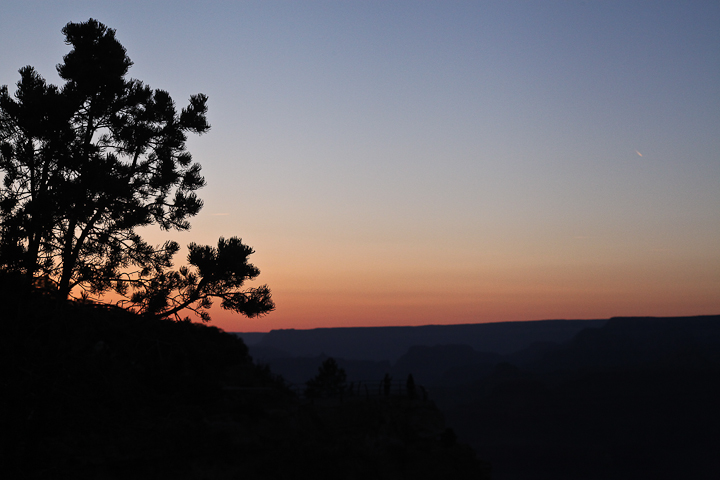