Published by K10 In Colorado No Comments 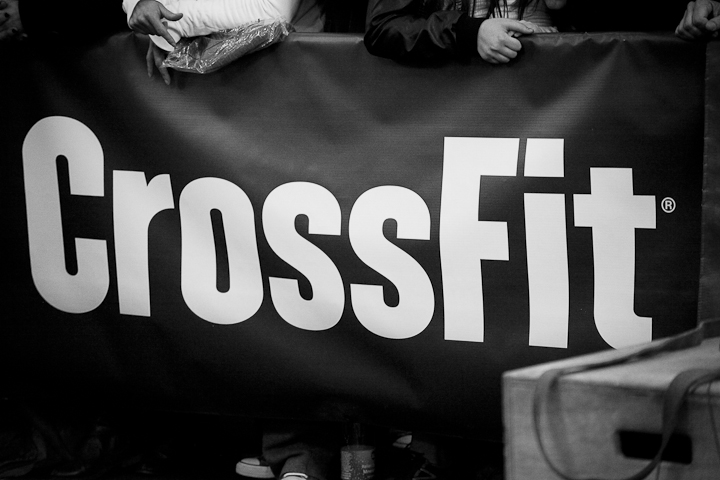 I think I died and went to CrossFit heaven! Last night Kevbot and I attended the 13.3 Open Announcement in Boulder at CrossFit Roots. It was a throw down between Kristan Clever, the 2010 CF Games Champ and Talayna Fortunato, last year’s 3rd place in the Games. It came down to one pullup between these 2 girls and cost Clever a spot on the podium. 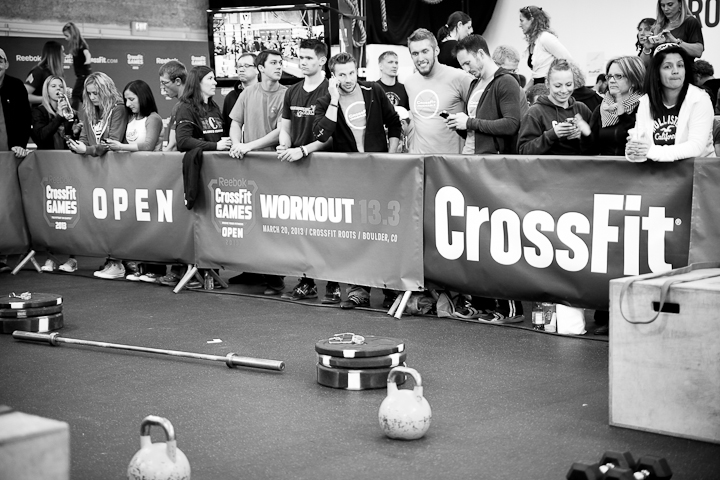 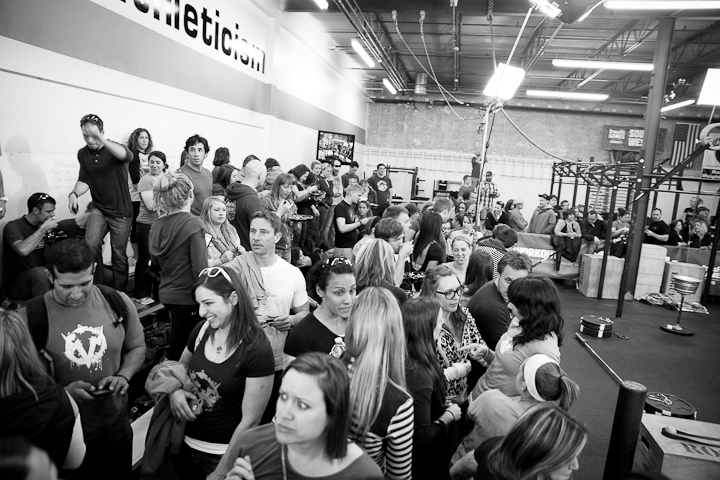 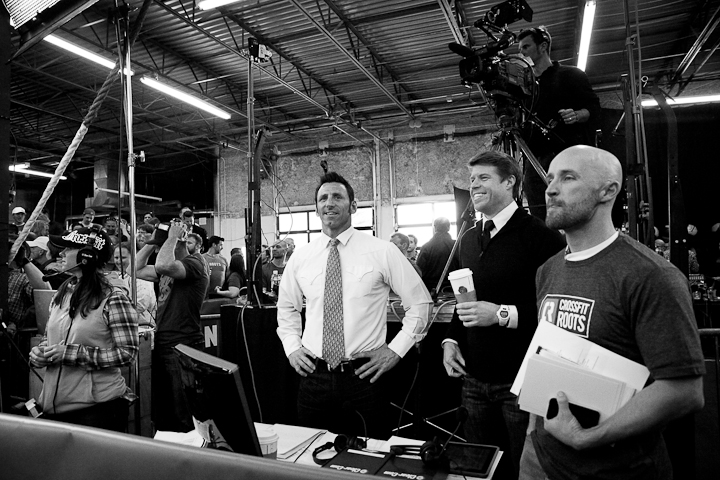 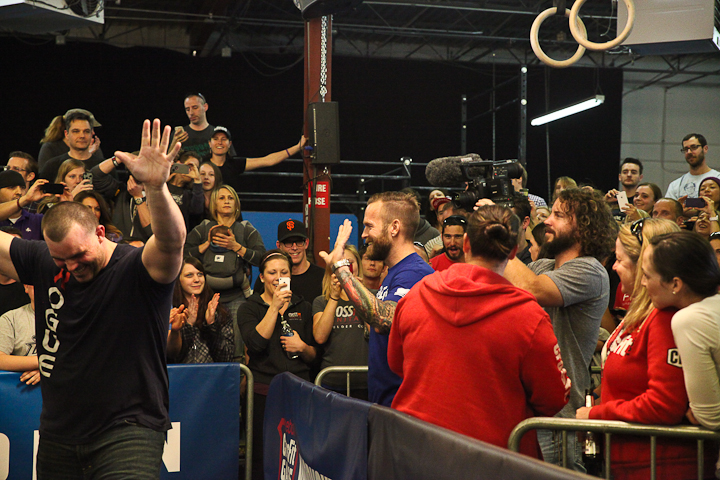 love how the host is eating up the applause for Bob

I was super pumped to see Clever because I adore her; partly because we share the same name, but mainly because she’s a shorty beast. Also that girl is always smiling and just seems to have a personality you want to be around. Even though she is a super human athlete, by all of her tv appearances you can tell she’s down to earth. Don’t get me wrong I was excited to see Fortunato too. I mean that girl is a serious beast! She did her warm up row about 3 feet in front of me and I was in awe of her shoulders and traps. 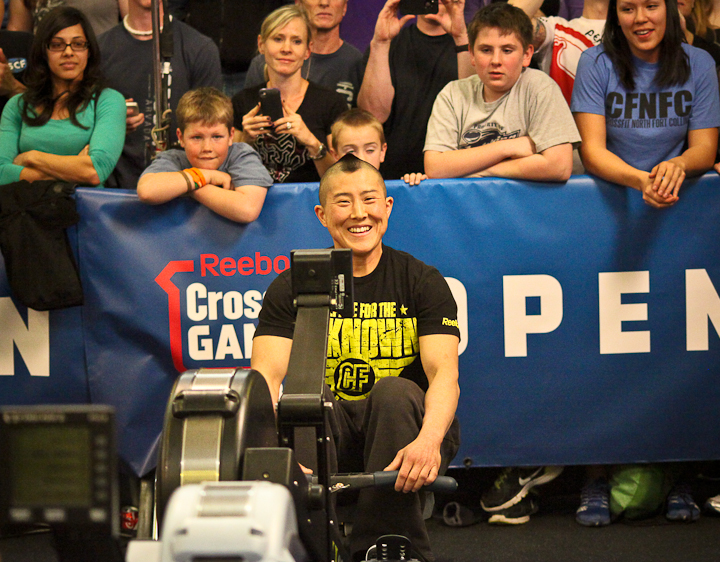 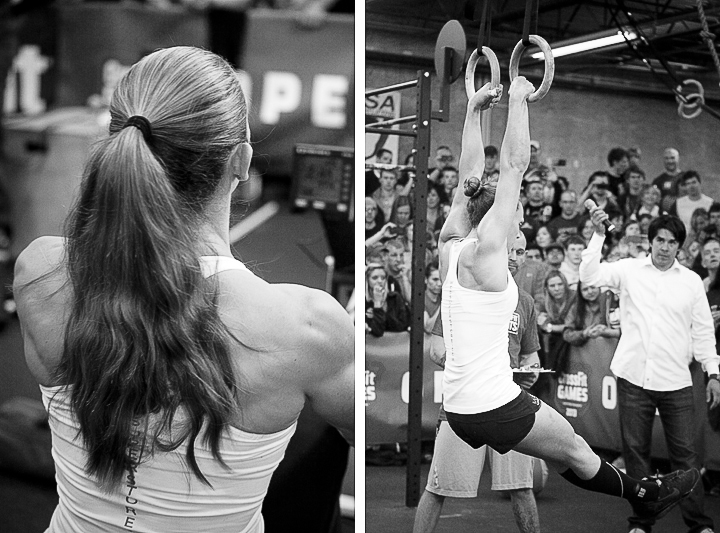 We had a great spot right against the railing, but it was hard to guess what the WOD would be. The only real clue I had was two sets of rings tied back. I was like “No way those would be casually hanging there if muscle ups weren’t in this WOD!” I was really thinking something like overhead squats or pistols…something different. BUT NO! They decided to repeat the worst WOD in the history of WOD’s- Karen (150 wallballs) + 90 double unders + 30 muscle ups (if you can get that far). Gross! 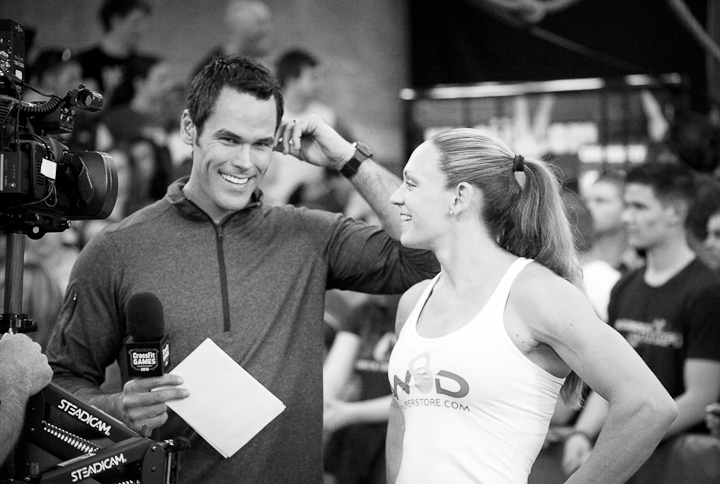 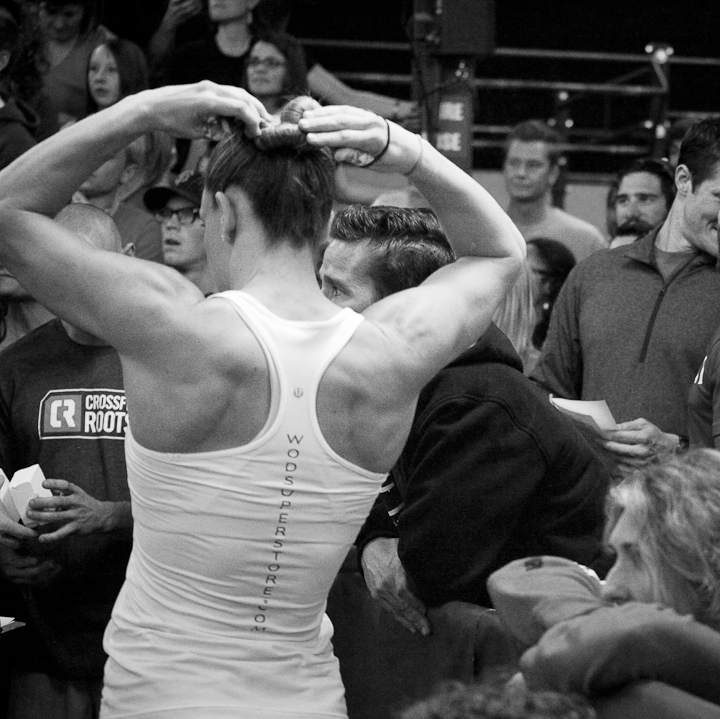 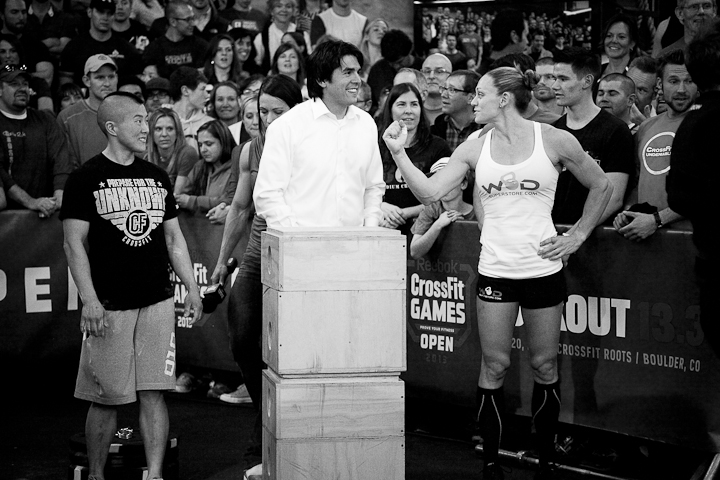 Is this an arm wrestling wod?

Well I’m just going to keep my fingers crossed that all the double under help I recently got from Molly Metz, the 5 time World Jump Rope Champ, sticks and I can get through them this year. Last year I was a complete spazz at this WOD. I had almost 3 minutes to complete the du’s and I got 21! That might be the definition of worst crossfitter ever! Seriously look at the form! 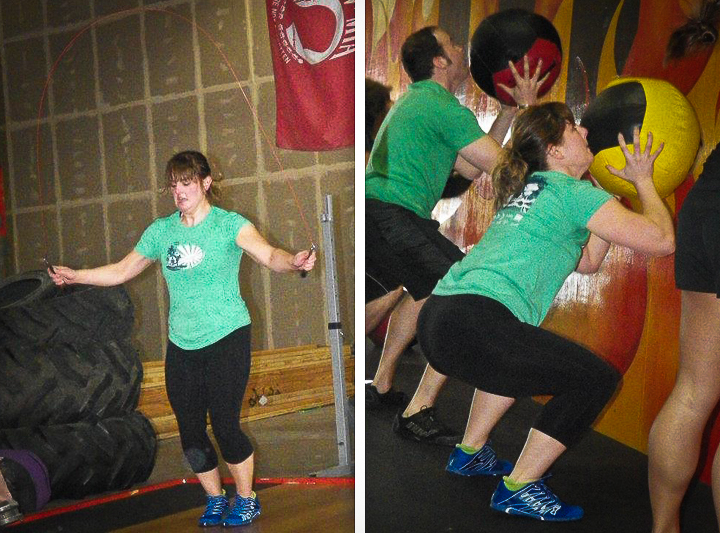 It was so cool to see this live. Fortunato was hoping for wallballs because she said it would be the only thing she’d have the upper hand on Clever. Look at those expressions! It tells you exactly what they were thinking. 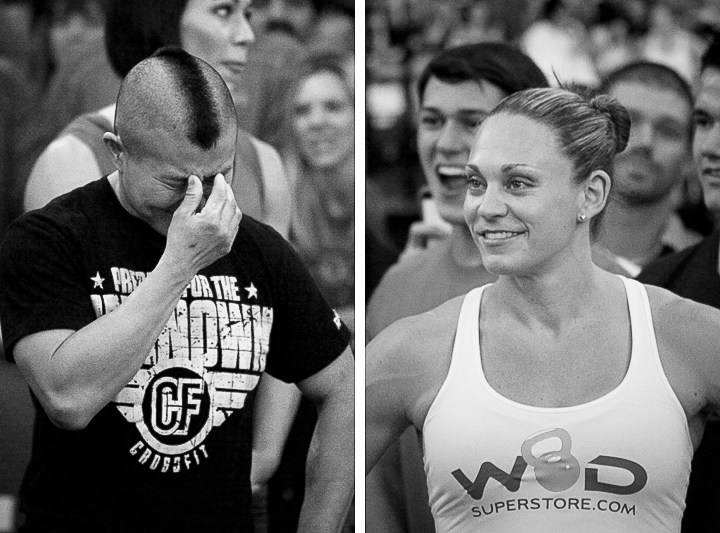 Are you a clever or fortunato reaction?

Kevbot and I have been acclimating to the altitude since we arrive in ABQ, and I gotta tell you it sucks! You can’t breath, your lungs burn, and your body won’t do what you know it can during a workout. I really felt for these girls. Who wants to climb a mile high in elevation and then do a horrendous WOD like 13.3? I even saw Clever mouth to Adrian Bozman “I can’t breath!” right before she started her muscle ups. 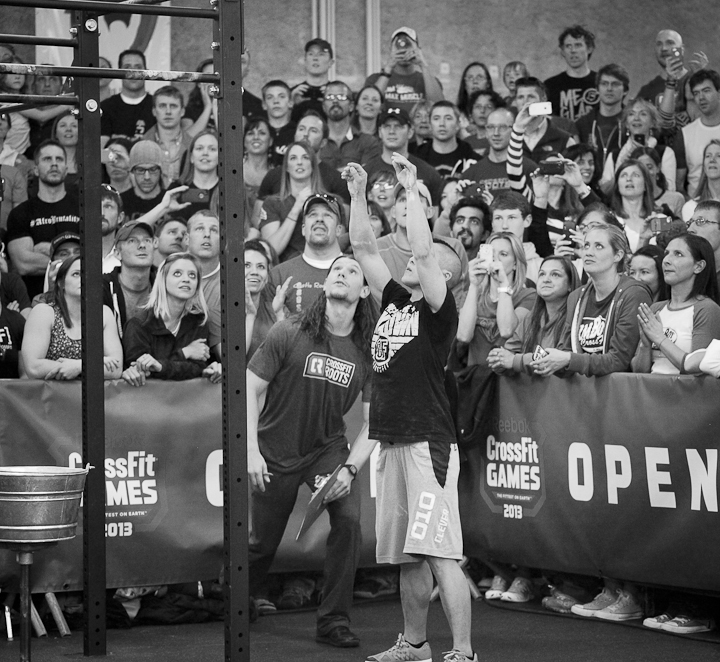 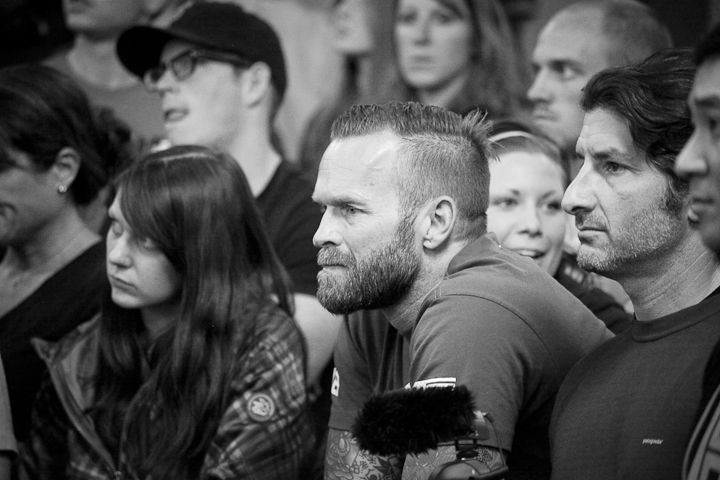 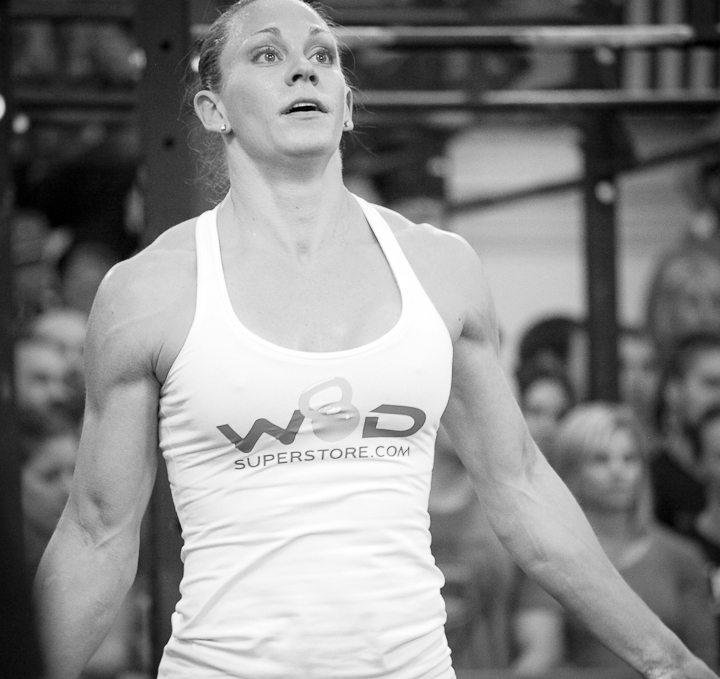 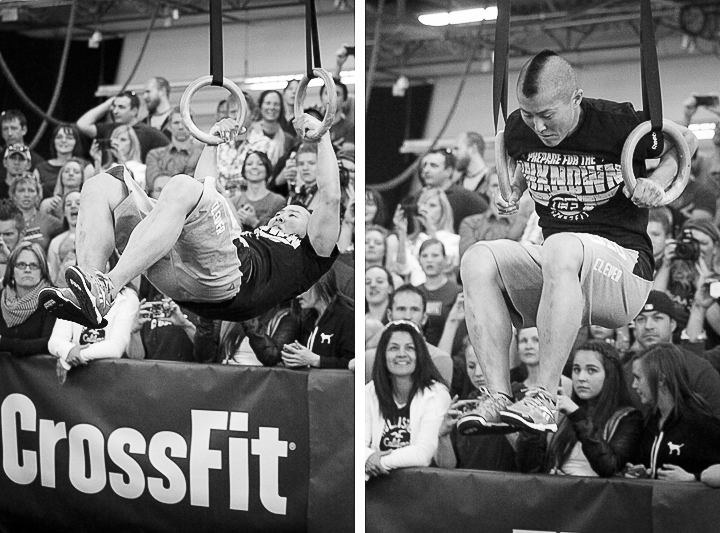 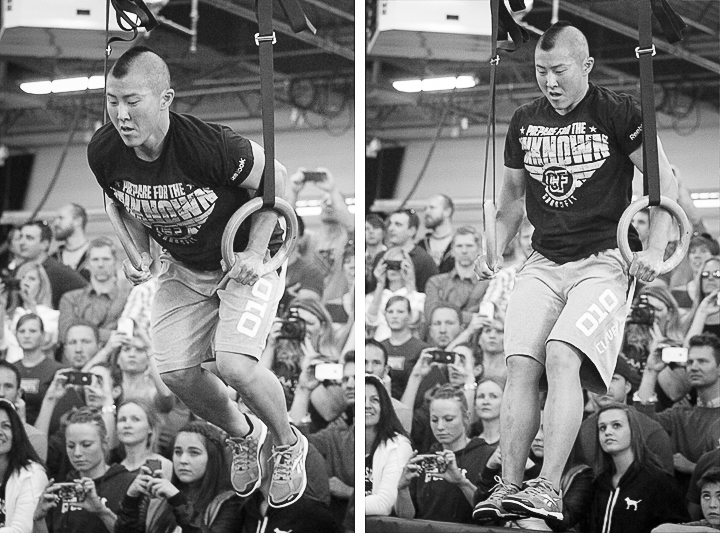 We were also in a perfect spot to get some air time behind the commentators. Yes, we were being annoyingly obnoxious and gave a little shout out love to CFN! Watch the 13.3 Announcement and we are “featured” at 17:20 and 21:50. 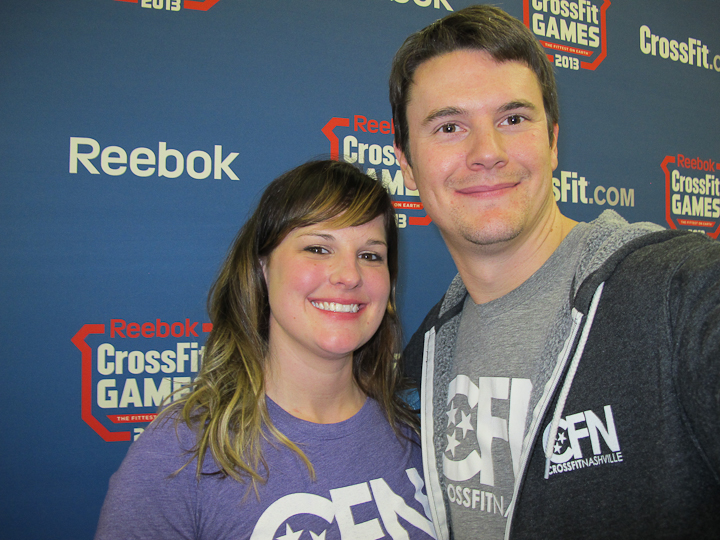 After the event these women were so cool to hang out and take photos with everyone, even though they were out of breath and I’m sure exhausted. I even got a photo with Bob Harper too! Look at me and Clever… same height and everything! This was such a fun night and I’m glad we had the opportunity! 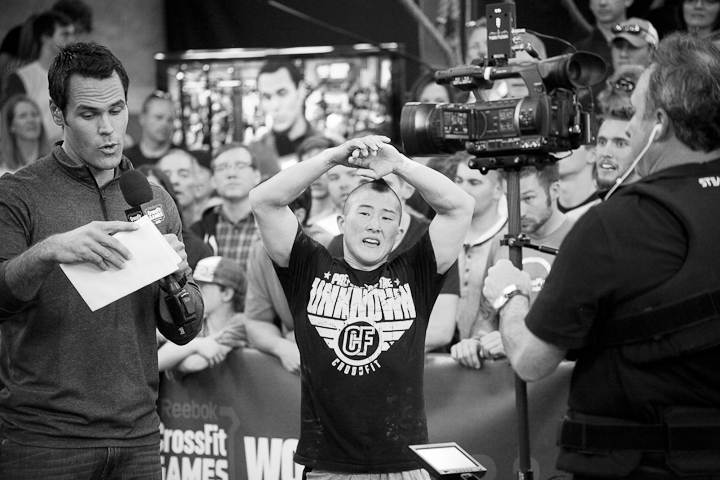 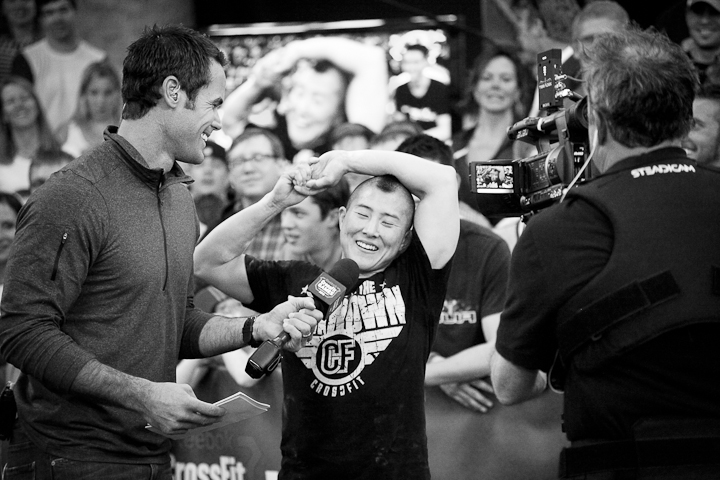 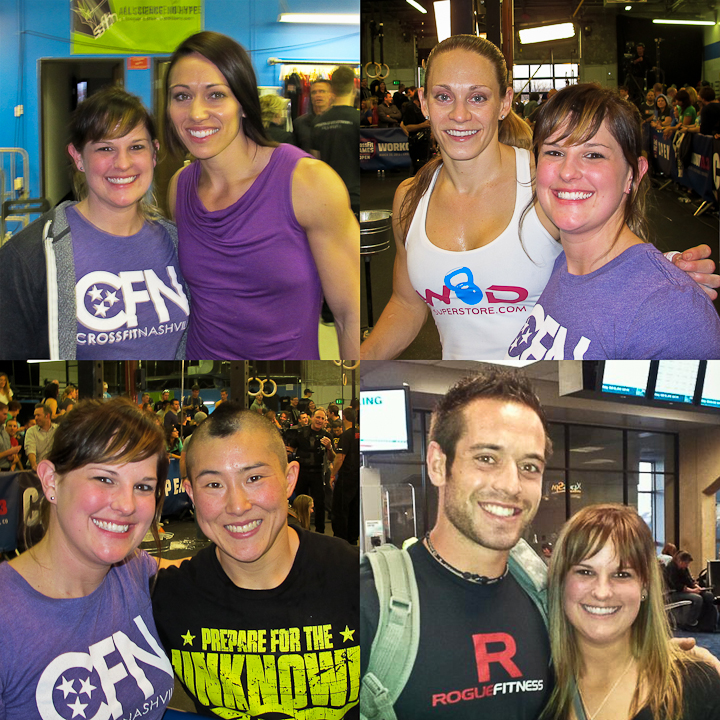 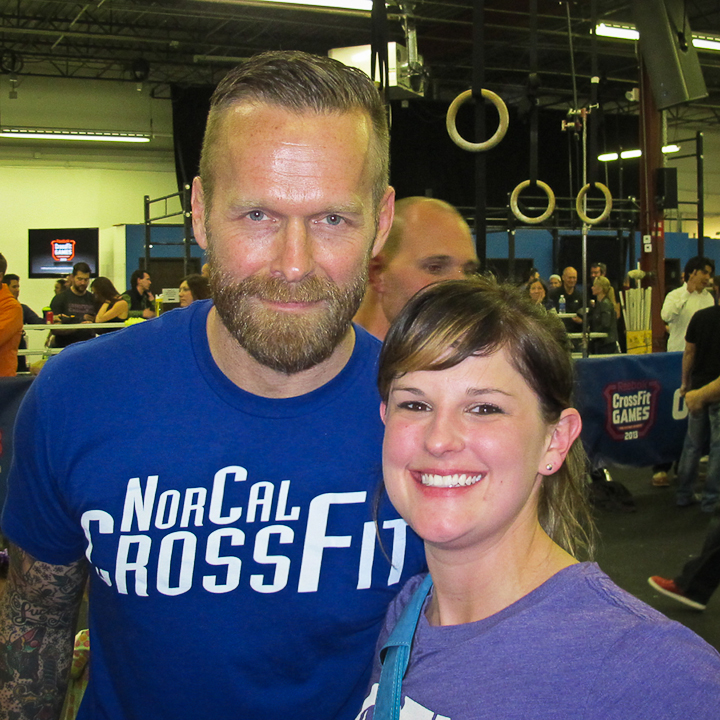 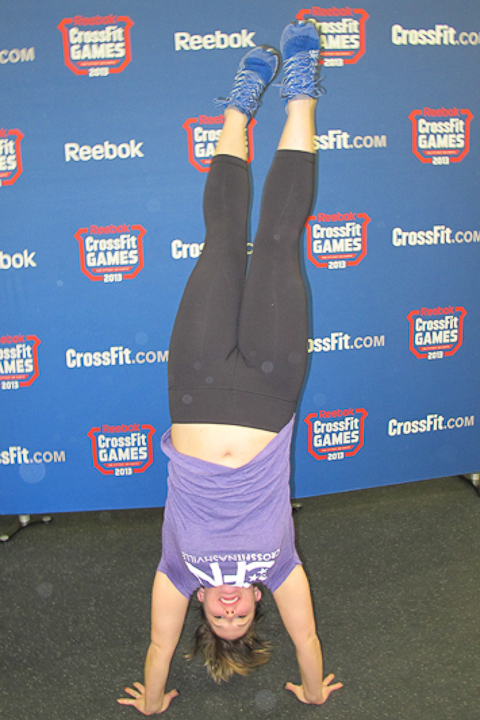 And to finish it up, a great quote I saw on Fortunato’s blog